PROPERTIES OF THE SNAIL

What eating snails is not something modern, from very ancient times was bred for consumption. It is further known that the Romans ate snails and orchards that used to develop special. 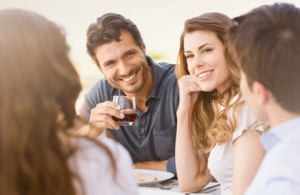 Snail offers atypical nutritional properties, a very poor meat fat (from 0.5 to 0.8%) when compared to other animals such as beef or chicken (around 12%). In addition, the spiral is a meat that provides fewer calories, 60 to 80 per 100 grams, and it is important to add that is rich in proteins of high biological value (between 12 and 16%) and it brings minerals (about 1, 5%). In terms of mineral content, ranging between 1.3% and 1.5%, magnesium and potassium are the most abundant elements, followed by sodium and calcium, iron and also highlights.

These features make the snail meat in an ideal healthy and nutritious, easily digested. Land snails consumed in our country are of the genus “Helix”, which has more than 4,000, of which the best known in the domestic and marketing species are: Helix aspersa (Bovet), Octala Way (Sea Bass) , Theba Pisana (tilefish Caracol).

Data on nutritional analysis are approximate, since its chemical composition depends largely on the soil in which breeding and feeding the animal receives. 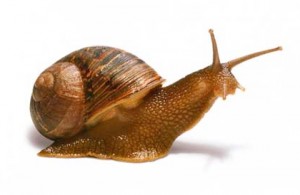 In ancient times it was attributed to snail various therapeutic properties. Was used both for external and internal use. As internal use was used for a time in the popular therapy, even at the end of last century. Its decoction, very rich in mucilage, was considered as an expectorant and is best applied to those who had TB.

The snail was also considered as an excellent antidote to indigestion. Different recipes and remedies for stomach ailments were invented, were evidenced snails fame as an aphrodisiac due to content analysis of albumin possess.

It has been shown that the snail, which contains an active substance called helicina, is able to protect and mucosal epithelia and consequently have begun to market creams based snail for cosmetic purposes.